Veganism isn’t easy, but perhaps the reason it isn’t as widely adopted is that people overestimate its difficulty. Research by the British Nutrition Foundation revealed that 61% of British respondents said they were unlikely to follow a vegan diet in 2021. One respondent, in particular, stated that making the shift to a plant-based diet takes too much mental willpower, while another cited their difficulty with balancing the shift with her hectic family life. From these statistics, we can infer that most people think veganism has a high barrier to entry. On top of that, a low-carb vegan diet might be even harder.

However, planning low-carb vegan meals doesn’t have to be difficult. Information on plant-based diets is easily accessible online, while kitchen innovations that help make meal preparation easier can greatly reduce the mental hurdles that convince us that changing diets is impossible. Instant Pots, with their ability to significantly reduce the time it takes to cook, can make the transition to plant-based foods easier. With multi-cooker features, Instant Pots also offer the versatility needed to accommodate the diverse array of meals you can incorporate into your vegan diet. Below, we’ve listed a few tips for planning your low-carb vegan diet, along with recipes for meals you can make with your own Instant Pot.

Amino acids play a huge role in bodily processes. Among other things, they provide a source of energy, create the red blood cells that carry oxygen across the body, and help to build and repair muscles and bones. There are twenty amino acids needed for the body to properly function, but among those twenty, there are nine that the human body cannot make on its own. To get these amino acids, called the nine essential amino acids, you need to consume protein.

To reach a healthy level of protein intake, incorporate high-protein foods such as tofu, nuts, beans, peas, seeds, and lentils. Healthy Food recommends that vegans eat 10% more protein than meat-eaters. This is because compared to animal proteins, plant proteins are less easily absorbed by the body. You must also combine a number of these protein sources to ensure your body gets all nine of the essential amino acids. 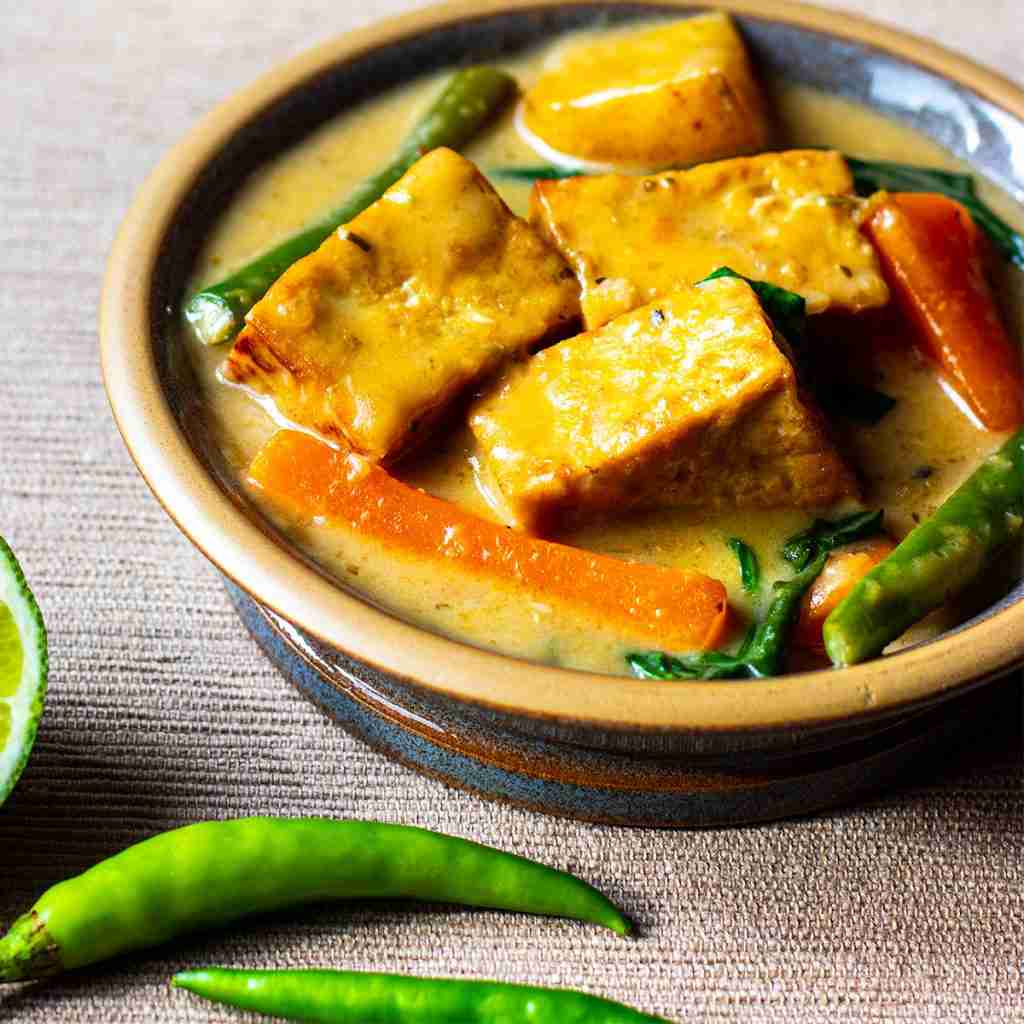 Lowering your carb intake doesn’t have to mean reducing your overall caloric intake. You can make up for it with more protein!

If you want a meal that contains multiple protein sources, you can follow our recipe for Thai Green Tofu Curry.

Tofu, like quinoa, is a complete protein that contains all nine essential amino acids. Green beans are also rich in protein, while soy sauce and curry paste contain small amounts.

Replace staples like rice and wheat with low-carb alternatives. If you find it difficult to replace rice with a completely different type of food, you should opt for brown rice, as it loses fewer nutrients to processing compared to white rice. Riced vegetables, such as riced cauliflower, riced broccoli, and chopped cabbage, all contain low levels of carbs and calories while having a mildness in flavour that can match many dishes.

If you’re looking for a filling staple alternative that requires little prep time, you can try a Fruity Quinoa Granola Bowl.

Quinoa is a particularly versatile alternative, as you can use it as a pasta or wheat alternative. In fact, compared to rice, quinoa has double the amount of protein per serving. 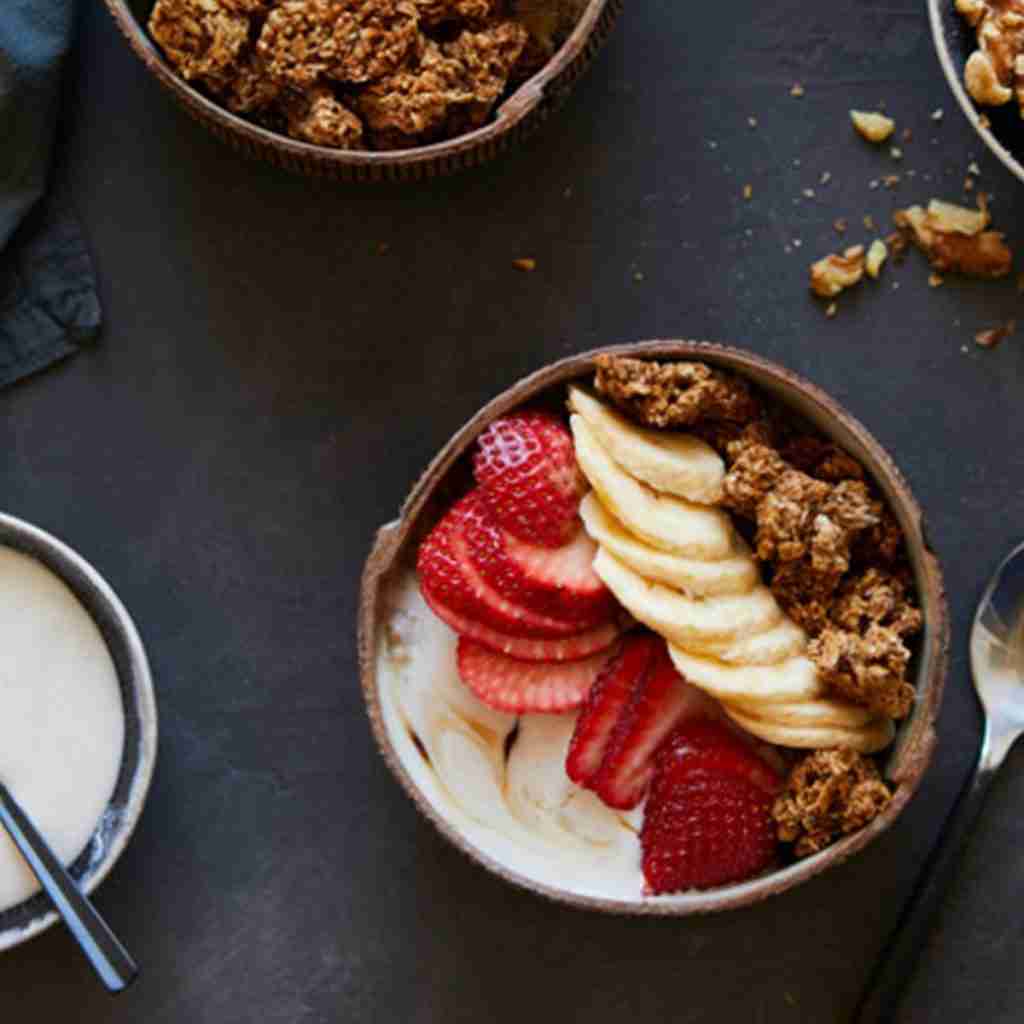 In the process of budgeting how much food you eat, you might be limiting the variety of nutrients that your body absorbs. To get the most nutrients per portion, prioritize foods that are low in calories, but rich in multiple minerals, vitamins, antioxidants, and phytochemicals. You can also check nutrient density by looking at the food’s Aggregate Nutrient Density Index, or ANDI.

One Green Planet lists the ANDI scores of the top nutrient-dense plant-based foods, including kale, watercress, spinach, carrots, and onions. Spinach in particular has a high ANDI score of 707 as it contains a wide variety of nutrients, including high levels of protein and zinc, vitamins A, C, and K, and healthy minerals such as calcium, iron, magnesium, phosphorus, potassium, copper, and manganese. Carrots have an ANDI score of 458 and contain beta carotene while being high in fiber, which can help lower blood cholesterol. Finally, onions have an ANDI score of 109 and are packed with vitamin C, vitamin B, and potassium. 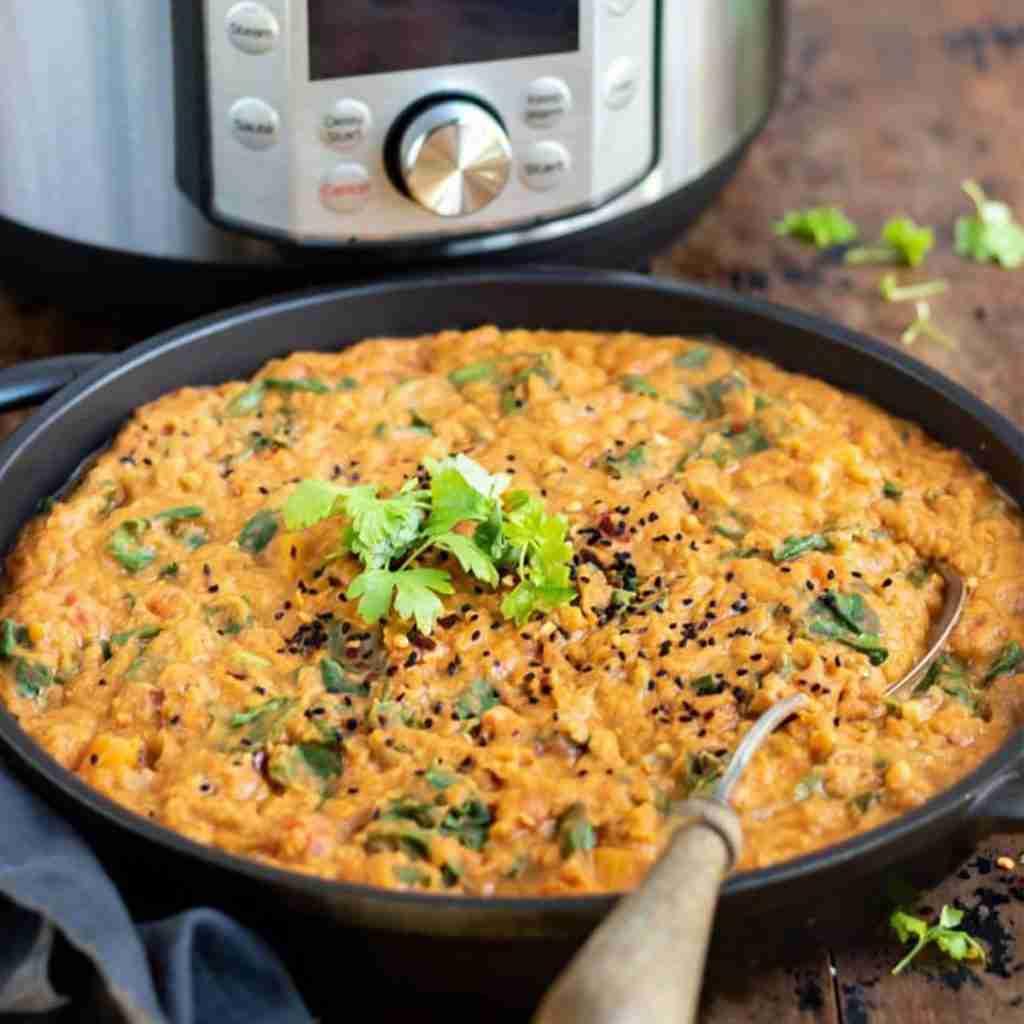 If you want a meal that makes use of the above three nutrient-dense ingredients, you can follow our Vegan Lentil Curry recipe. It’s a compact dish that contains a wide variety of healthy plant-based foods, including lemon, garlic, coconut powder, and tomatoes. The recipe also requires red lentils and curry paste, both of which contain protein.

Eating low-carb vegan meals doesn’t have to be a difficult process. All it takes to start your plant-based journey is adequate research, the right recipes, and support from your trusty Instant Pot.